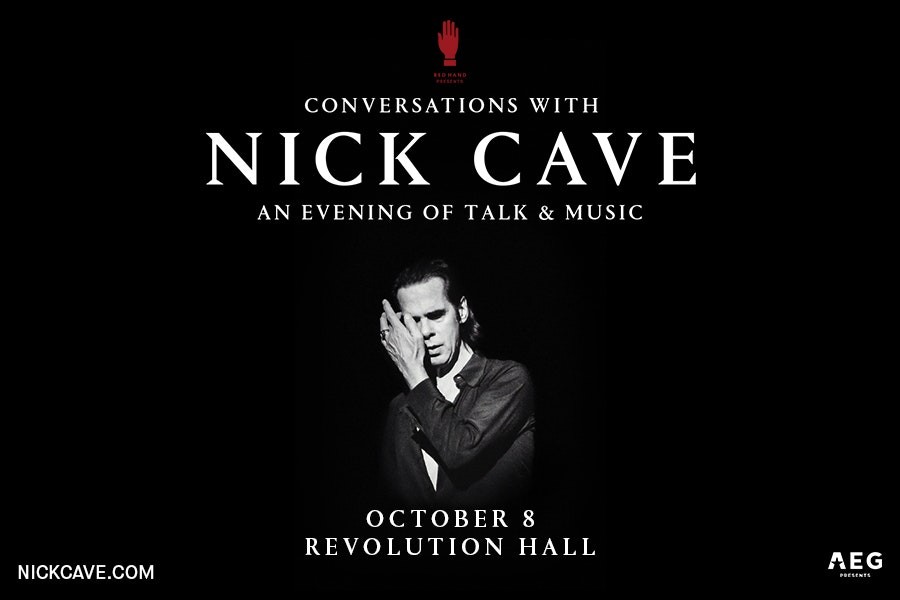 I remember the first time I heard the song “Fisherman’s Blues“on my local college radio station in California. I had been listening to the Waterboys first 3 Albums for years, and it had been fun trying to get import copies of them in the early 80s in San Francisco. I had really enjoyed what had been called,  “The Big Music”, a single from their A Pagan Place album, a music sense that spirituality and the land and people came together, and a music sound that was big and grabbed you. When I heard the change in the Waterboys music with the new single, it took a few times of playing the tape over, but I was hooked. Blending traditional and new sound, they were creating a bigger, deeper music. The Waterboys were definitely going in new directions. I think I played the album on cassette until I stretched that tape too much. Got it on vinyl. Had to sell it during dire straights, got a copy back a few years later, used as I wanted the original issue.  I have had it in various forms ever since. There may have been times in my life that I didn’t listen to it, it lay dormant as some of our favorite albums do due to family issues, me issues. However, I always found a way back to it when it was needed.

This October marks the 30th anniversary of the album. It was a record that may have only been released with 10-13 tracks depending on your country, however much, much more was recorded over the two year recording period and released on subsequent compilations. I have a fantasy that the final boxed set that came out in 2013 will be released as vinyl, if it was, I may find it. Yes, 100 plus songs. Heavy load, but always uplifting or sad. When You Go Away, always one that makes a tear come. 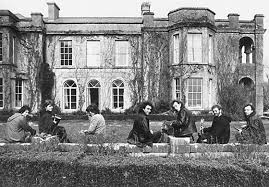 Fisherman’s Blues was released on October 17, 1988. It would take two years to record, and two countries. Steven Wickham had joined the band after the Waterboys This is the Sea album had been released. Other musicians were called in to join in the many lengthly recording sessions. The Waterboys recorded the beginnings of the album at Windmill Lane Studio in Dublin during January to March, 1986. The band then had a madcap adventure in California and a recording session at Fantasy Studios in Berkeley, where much of the recordings would make it onto subsequent albums. During March to August of 1987, the band returned to Windmill Lane in Dublin.  The main members of the band were present, Mike Scott, Steve Wickham, Anto Thistlethwaite on sax, Trevor Hutchinson bass, and Roddy Lorimer on trumpet. A large crew of guest musicians played on many of the tracks. Pat McCarthy was the recording engineer.

The remaining bulk of the over 100 songs and recordings were created at Spiddal House near Galway, Ireland. Where more madcap adventures came forth. And something about burying a electronic metronome timing device? And a shotgun? 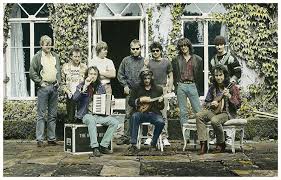 Out of this wealth of recordings, 13 tracks made it to the original release on October 17, 1988 (again, depending on country). Of these, “Fisherman’s Blues“, about a man wanting to explore his life and the world around him with the burning need to explore, released as a single in October 1988, and “And a Bang on The Ear“, a song about Scott listing many romantic entanglements and what the hero learned in the end, was released in June 1989. The rest of the songs recorded over the two years would be released on Too Close to Heaven UK or Fisherman’s Blues Part 2  in the US. In 2006 the Collector’s Edition was released with additional tracks, followed by the Fisherman’s Boxed Set in 2013 including all original songs totaling 121 tracks. 85 of the songs had not be previously available. 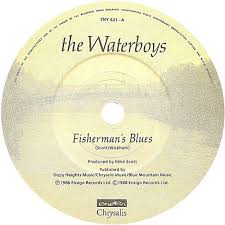 Fisherman’s Blues entered Billboard’s US Modern Rock charts at 3rd place, and the single reached No. 32 on the UK singles charts. It has appeared in several film scores, including Waking Ned Devine and Dream With the Fishes. The album is considered one of their best albums in a 30 plus year career span. 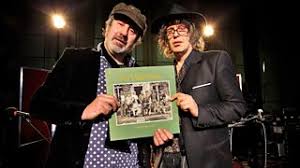 For more on the madcap adventures, I strongly suggest you read Mike Scott’s Adventures of a Waterboy.

Sadly, Fantasy Studios in Berkeley closed its doors this last September. Their site is still up if you want to see the long list of artists who have worked there over the years.

Song interpretations are always my own, just like you have your own meaning for songs that you hear. To find the meaning behind the lyrics, go to the Waterboys Lyrics page and decide for yourself.

The Big Music and it’s Revival? 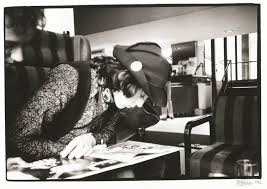