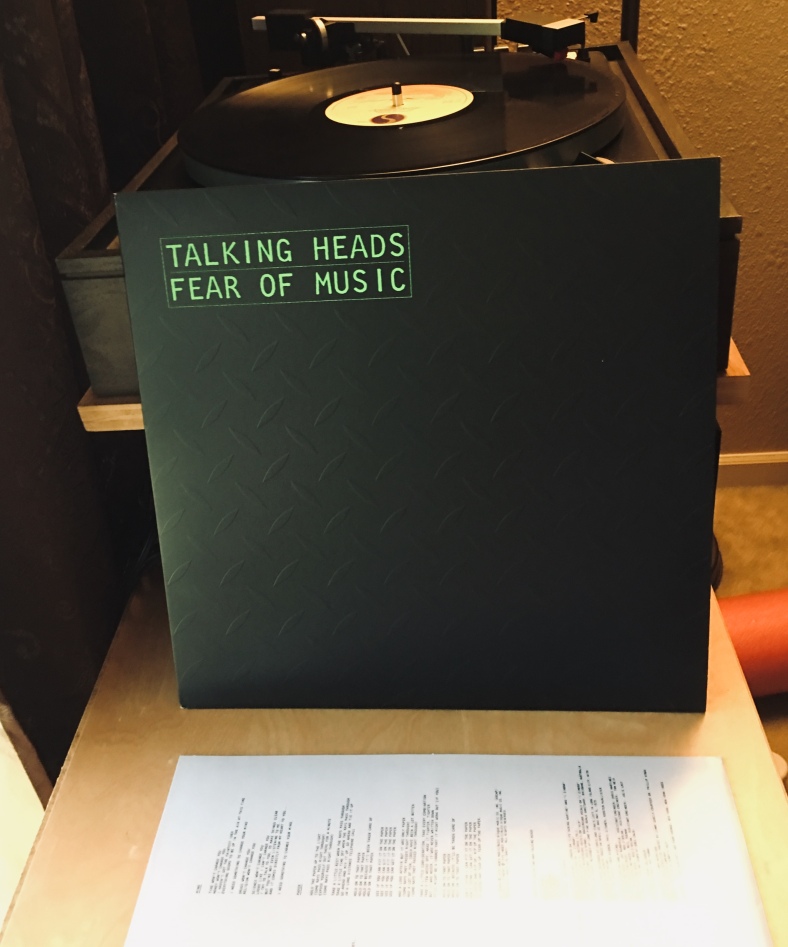 It’s the first solidifying album of Talking Heads, 70s and 80s New Wave Art House band. Their second album, More Songs About Buildings and Food, was a step away from the debut record, in that they were starting to find their feet. The band, David Byrne, Chris Frantz, Tina Weymouth, and Jerry Harrison, decided that the record should not just be a bunch of singles, or singles driven. The next one needed to have more of a theme going on, and actual direction. They also wanted to produce on their own and have more control over the project. This would prove to be an error as they bit off a bit more than they could chew.

After original demos were not going so well, they called back legendary Brian Eno to produce and help get the record on track. It appears that the teenage independence wasn’t working to their advantage. It’s a good thing they did. Fear of Music became Talking Heads transitional album, taking them from their beginnings into young adulthood and expanding audiences.

Fear of Music is still not a polished product, that’s exactly why it’s my favorite Talking Heads album. It still has that angst going on, that reality of life not being what the Great American Promise said it should be. It’s messy and strange. The first Single did not perform well on the charts, however it has been a cult classic, “Life During Wartime”. I always felt that this song was a great discussion of a dystopic future after the apocalypse. Themes of the late 70s and early eighties were surviving the years long cold war and living with Thatcherism and Reaganism on the horizon. George Orwell was being read again, and the fact that this time period should have been the best of times, it was only so for the privileged few. One of the reasons this song is still valid today. It contrasted with “Heaven”, the bands iconic slow favorite. It’s a story about a place you can go, a bar, a place where you know everyone, and can feel you can go.

There are many great songs that talk about the shock of life and reality after you grow up and the teen years fade away. I like to think of this album as an intro to adulthood record. It’s also one of the records my crazy art teacher in high school drummed into our heads while we threw paint at each other. I guess that left an impression.